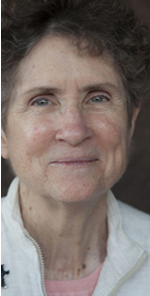 Last night, Sr. Marilyn Lacey '66, RSM founder and executive director of Mercy Beyond Borders, won the $1 million Opus prize during the ceremony held at Regis University. Sr. Marilyn is a graduate of Mercy High School Burlingame, and a former member of their Board of Directors.

Sister Marilyn Lacey founded Mercy Beyond Borders in 2008 after a visit to Sudan where she saw what she described as "by far the most devastated place" she'd ever experienced during her decades of work with refugees worldwide. With operations in South Sudan and Haiti, Mercy Beyond Borders brings hope to more than 1,400 women and girls annually by providing educational, economic and empowerment opportunities where there are few options to escape extreme poverty.

The Opus Prize is an annual faith-based humanitarian award, recognizing leaders and organizations that develop creative solutions to some of the world's most pressing problems. The Prize is awarded in partnership with Catholic universities, providing new opportunities to inspire the next generation of servant leaders. Opus Prize laureates are motivated by remarkable faith to create new opportunities for transformation. The Opus Prize is given not only to expand the humanitarian efforts of the recipient, but to inspire others to pursue lives of service. Congratulations Sr. Marilyn for your service and a job well done!