Mercy Girls are part of a more than 85-year-old tradition of inspiring young women to achieve great things. Here, a girl occupies every role: every seat on student council, every position on a team, every club leadership role. Each day, our students see girls learning, growing and achieving – and take advantage of the myriad of opportunities to do the same. At Mercy, young women are known, challenged and transformed.

The Kohl Mansion, home to Mercy High School, is located on 40 acres of land in the Burlingame hills. The 63 room rose brick mansion was to be the central building in a grand estate which would include tennis courts, green houses, a rose garden, a large carriage house, and a 150,000 gallon reservoir. In 1924 the Sisters of Mercy bought the Kohl Mansion as their Motherhouse. The Sisters opened the high school in the Kohl Mansion in 1931 after building a new Motherhouse on the lower campus.

“For the first time in its program’s history, Mercy-Burlingame is heading to the Central Coast Section volleyball finals. The No. 6-seed Crusaders (14-12) celebrated a shift in the power dynamic of the West Bay Athletic League, defeating their WBAL Foothill Division rival and sister school Notre Dame-Belmont in straight sets 25-11, 25-23, 25-21 in the CCS Division IV semifinals Thursday night at Moore Pavilion.”

Special thanks to our Mercy Community who cheered our team on both in person and virtually!

Finals match is tomorrow Saturday, November 6, against Soquel High School at 5:30PM at Palo Alto High School. Regardless of the outcome, #MercyVolleyball has qualified for Norcals.

Congratulations to Mercy sophomore and The Winds of Truth author Lilly Mae ’24! Her first book will be available this December 2021.

Meet Lilly! About the Author:

Lilly Mae is a fifteen-year-old author who began writing The Winds of Truth when she was nine years old and finished it at twelve. After two years of editing and sharing her manuscript, she finally got her first publishing contract at fourteen. She has been accepted into two pre-collegiate writing classes at Stanford University and received top honors in both English and literature. Lilly lives in California and loves books, fencing, piano, and adventure.

The Winds of Truth Synopsis:

Chase has never been important. An orphaned street thief with deceiving charm never expected his life to amount to much. But when he starts having mysterious visions about his past, he begins to uncover secrets about himself and his kingdom that will change his life forever. With his masterful swordsmanship and uncanny ability to steal nearly anything without being noticed, Chase sets off on a journey to find the object that will save the world from destruction—and perhaps explain why his parents disappeared all those years ago.

Tara has always been meek. Who could be anything else when their aunt has treated them like a slave since childhood? Embarking on a quest with a thief to save the world is hardly the kind of thing she ever pictured herself doing, but her newly discovered Earth powers begin to change her outlook on her future and her abilities. As she and Chase grow closer and bring new people into their circle, Tara begins to believe that she may be worth more than cowering in shadows.

With a few other friends and many new foes, their journey takes them through fear, grief, and discoveries that will change the fate of their kingdoms as they go racing through forbidden lands, battling monsters, and meeting the dark, twisted ways of death. Suspenseful, fun, and heart wrenching, “The Winds of Truth” will keep you on your toes until the very last page.

Brooke Barron ‘22 Finished 1st in the WBAL Championship for a Second Year in a Row
Caroline Ocampo
Jun 2 2021 8:38 AM

“After yesterday’s downpour, who would have thought it would be a beautiful and fairly dry golf course in Sunnyvale. Mercy sent Brooke, Eva, and Scarlett to compete. At the end of the competition, between 41 of the best golfers in the league, our senior and team captain Brooke Barron, returning WBAL champion from last season, carded a 73 and retained her title as Best Golfer in the WBAL Finals. Her win automatically qualifies her to play in next week’s CCS! Freshman Scarlett Fritz shot a 94 and junior Eva Denten a 96. Our golfers did Mercy proud!” 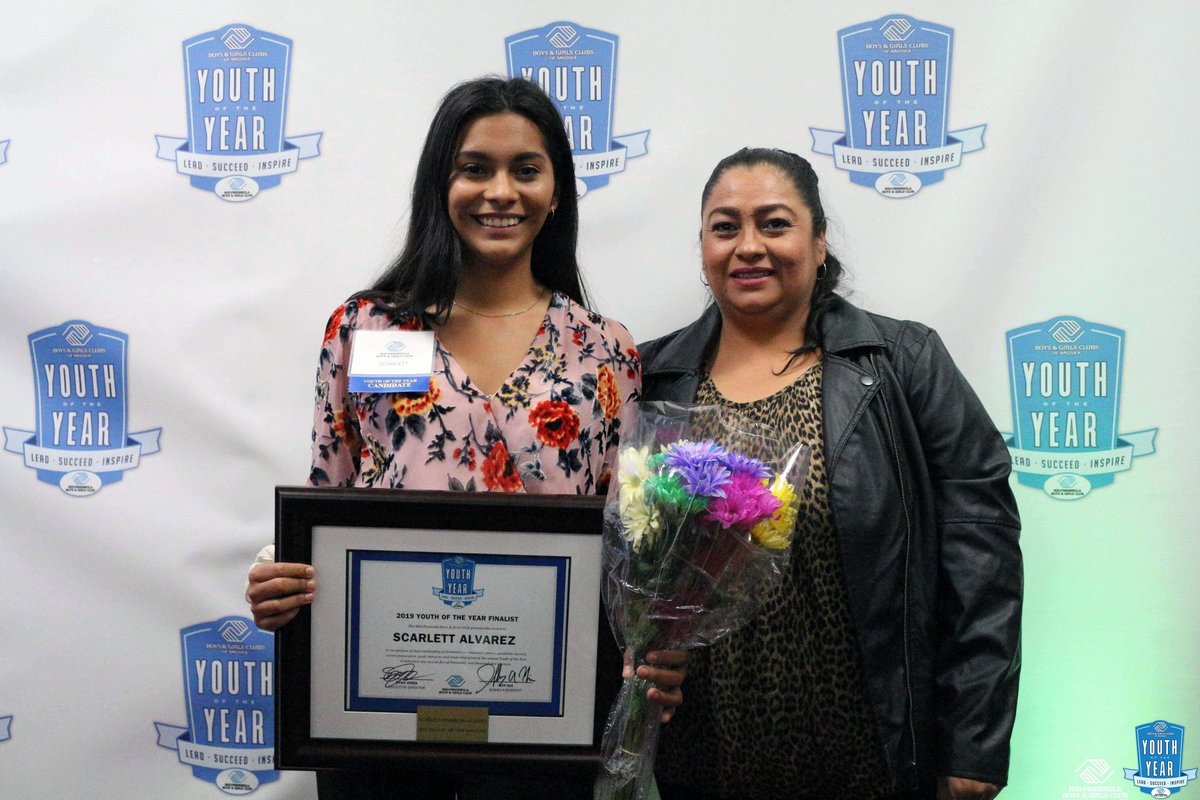 Mercy Senior Scarlett Aramburu Alvarez '20 has earned the title of Youth of the Year for Mid-Peninsula Boys & Girls Club (MPBGC)! Scarlett was nominated last May, and prepared for months working with a coach and attending workshops to strengthen her public speaking skills. In November, she competed against others in her Mid-Peninsula clubhouse which included individual interviews with a panel of eight judges and ultimately giving a speech to a packed audience about an issue she felt needed addressing in her community.

An active member of the Boys & Girls Club since 7th grade, Scarlett's participation has evolved as she took on more of a leadership role. In middle school, her Torch Club activities included event planning for Halloween haunts and Thanksgiving parties, organizing Christmas gifts for members, and designing the Teen Center. "Now, I have a higher leadership role in the club and volunteer in the broader community, organizing clean-up projects in different cities and helping to design other teen centers," she says.

Over the years, Scarlett's experiences at Mercy have influenced the way she views service to her community she says, encouraging her to be intrinsically motivated and acknowledge the worth of time. "It is important to give back to the community that holds you up and that you represent."

Scarlett is also motivated to grow as a leader through her involvement with Junior Statesmen of America, a club at Mercy. Finding her voice and becoming comfortable making her opinions heard has helped her encourage fellow students to express their opinions during meetings or through participation in events like the student-organized Gun Control rally.

"Scarlett is an active community member and leader on our campus. She has been a leader of JSA and represented Mercy at their State Conferences. We are so proud of the work she has done at our school and in the broader peninsula community," says Claire Rietmann-Grout, Assistant Head of School for Student Life at Mercy.

As a graduating Senior, Scarlett is excited to see what her future holds; "It's time to put myself in new situations where I can apply the knowledge I gained at Mercy in order to create new opportunities and experiences!"

The Boys & Girls Club Youth of the Year program continues beyond the Clubhouse level to Regionals and ultimately, Nationals. Regardless of the extent of her future participation, Scarlett is grateful for the opportunity to hone her public speaking skills and for the mentorship and recognition she has received. 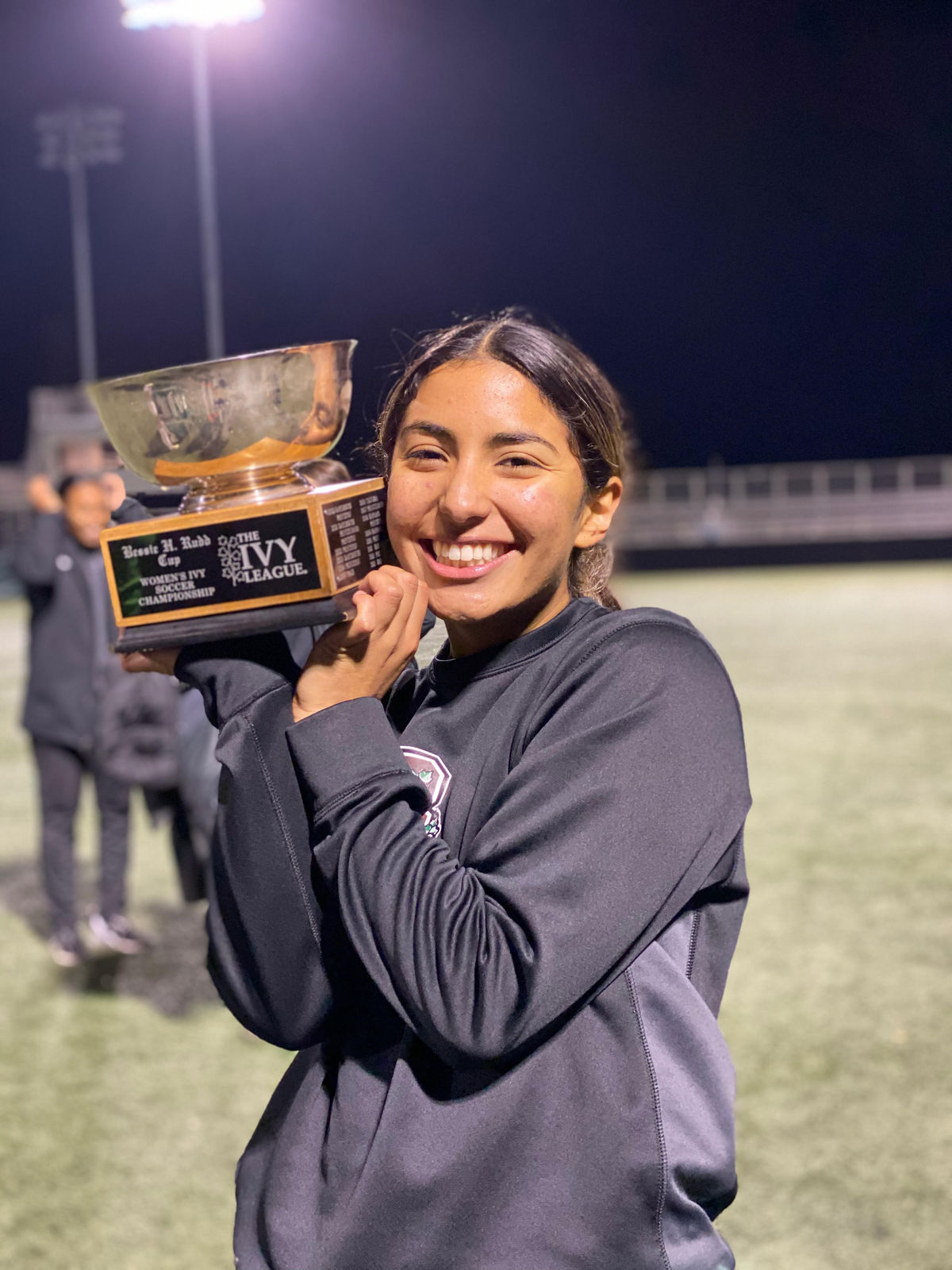 It's National Girls & Women in Sports Day! Since its inception in 1987, National Girls & Women in Sports Day has offered an opportunity to recognize the influence of sports participation for girls, acknowledge the accomplishments of female athletes, and honor the progress and continuing struggle for equality for women in sports. Mercy recognizes the benefits and skills that athletic participation brings to our students including confidence, resilience, leadership, and collaboration.

Sara Bermudez '18, a star soccer player at Mercy, is now a sophomore and starting defensive midfielder at Brown University. She recently finished her 2nd season with the Bears, where they had a historic run in the women's soccer program (read more here). She talked with us about the transition to collegiate-level athletics and the impact soccer has had on her life.

How was last year's transition to college and collegiate-level soccer? Was it as you'd anticipated?
It was an exciting experience, one that I had been anticipating since I was a sophomore in high school. However, it was much more difficult than I expected. Adapting to collegiate-level soccer took patience and discipline. I had to trust my coaches, become more mentally tough, and accept the physical demands. I realized my first year was going to be more about growth and gaining experience than accomplishments. As for transitioning into the academics and the social scene of Brown I absolutely loved it. I loved the freedom of choosing my classes and the excitement of meeting individuals from all over the country and world. I still stop to take it all in sometimes when I am walking around campus.

Now in your 2nd year, do you feel that you've found your stride in balancing sports and academics?
Absolutely. I have found my major and the realm of what I want to study. School is much more enjoyable now because I got the hang of what I need to succeed, like my optimal study spot and time management. I feel more confident in reaching out for help as well from professors, teaching assistants, and deans. I earned a starting spot as a defensive midfielder this year and was able to lead my team to the second round of the NCAAs. Compared to my first year, I was much more capable of balancing school and sports, mainly because I had a year of experience under my belt and I knew what to expect and how to better take care of myself.

What are the top 3 things you love about playing at the collegiate level?

How did Mercy prepare you for the challenges and rewards of being an athlete at an Ivy League school?
What I put in at Mercy I got out. The same holds true with where I am now. The teachers I was fortunate to have at Mercy have had a strong influence in shaping me into the person I am today. I owe it to their guidance for my ability to take advantage of and keep up with being at an Ivy League School. Mercy has prepared me to maintain a level head through the highs and lows of being an athlete at an Ivy League School. While Mercy instilled in me the value of being independent, it reinforced lifting others as I climb and staying in touch with where my journey began. It is why I enjoy coming back and talking about my experiences with current Mercy students.

Given as College Scholarships to the Class of 2017

Play more than one Sport

Participate in an Extra-curricular Activity

"Best of Both Worlds"